Plant a tree in memory of Mansou
An environmentally-friendly option 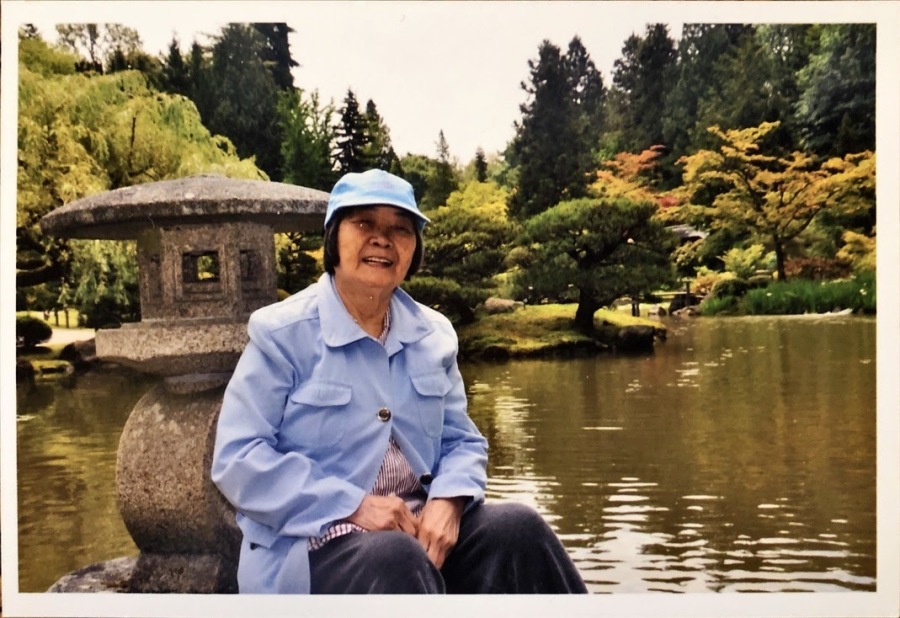 Man Sou Fon was born in Yi Wu, China and left for Hong Kong in her teens. In Hong Kong, she worked in textiles and became a very talented seamstress. Later, she met her husband, Suho Shih, who passed in 2014, and raised her three children, who survive her. As a mother, she is remembered as being hardworking, scrappy, and deeply considerate, always putting others before herself. In her 60s, she bravely traveled across the Pacific Ocean to join her daughter Christine in California. In California, she kept herself very busy, as she had done her whole life, looking after her family, gardening, and staying very active by swimming, hiking, and walking long distances. For several years in California, she was a nanny to two young children, who remember her with love as their adoptive grandmother. In later years, she moved with her family to Washington, where she continued to look after her family and every young child she met, always ready with candy and a meal prepared with her warm, busy hands. She was baptized at Kirkland Chinese Church of Nazarene, and she was active in the senior group of Legacy House, where she resided for many years. She was very well-traveled and was especially an aficionado of cruises. Her grandchildren, Kevin Li and Emily Sze, remember her as a constant, loving presence in their childhoods. For the last several years, Man Sou suffered from Alzheimer’s, requiring increasing levels of care, but she remained with her daughter, Christine Friedman, and son, Richard Sze, throughout and was always as kind, loving, and active as possible. Man Sou passed peacefully at home with her daughter at her bedside early in the morning on March 29th. She will always be loved and missed. May she rest in peace in God’s hands, and may her memory be for blessing.

Inurnment to take place at Mt. Olivet Cemetery at 11am on Friday, 4/2. In lieu of flowers, please consider making a donation to the Alzheimer’s Foundation of America.

Plant a tree in memory of Mansou by clicking here.
To send flowers to Mansou's family, please visit our floral store.

A service summary is not available

Plant a tree in memory of Mansou
An environmentally-friendly option

Plant a tree in memory of Mansou

Celebrating the life of Mansou Fon

Be the first to share your favorite memory, photo or story of Mansou. This memorial page is dedicated for family, friends and future generations to celebrate the life of their loved one.

We ask on behalf of the family that you keep your comments uplifting and appropriate to help all who come here to find comfort and healing.

Plant a tree in memory of Mansou